Scotland: Its Whiskies and Festivals

Scotland is worth a visit for dozens of reasons; two of our favorites are to experience its many festivals and to enhance our knowledge of the many, many varieties of Scotch whisky. Here are the findings from our arduous research. 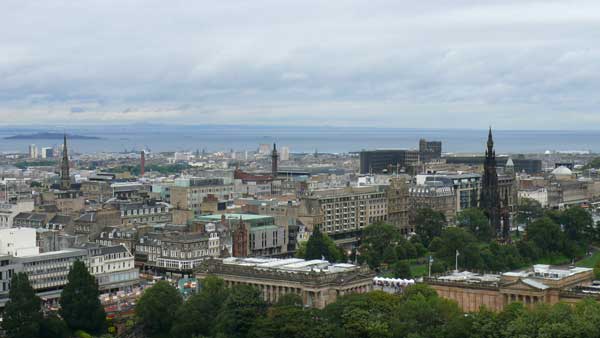 We recently traveled to Scotland in the late summer during the Edinburgh Festivals, which include the famous Fringe Festival, the Edinburgh Military Tattoo and a wealth of other events that celebrate culture in all of its forms. During our stay we experienced wonderful theater, classical dance, group comedy performances, experimental and contemporary Jazz concerts and more. All the while the city’s thoroughfares were brimming with activity, rocking with improvisational performances by mimes, singers, dancers, comedians, jugglers and bagpipers who performed a mere 10-15 feet apart from each other. 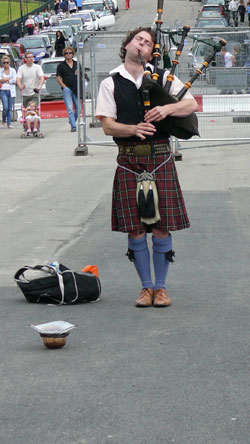 One Caveat: It’s extremely easy to be caught up in the spontaneity of the street action, so discipline is a must if you’ve actually purchased a ticket for a formal event. Although this may sound like a complaint, it’s a good problem; we found all of this to be quite delightful. We do, however, suggest that you advise clients to chalk out their itineraries a day ahead to make sure they get to those events that truly have meaning to them.

News Flash: The new Edinburgh Festivals Passport has been created for luxury travel advisors to use in 2010 itineraries; it’s a fixed-priced, fixed-itinerary product which provides clients with a way to navigate their way through the wealth of festival activity from August 6-30. Depending on the dates of visit, the pass can include the Jazz and Blues and Mela Festivals at the start of August or the Book and International Festivals from mid to late August; all will include both the Fringe and Art Festivals. The Tattoo isn’t included in the product, but the Passport would make an excellent add-on to an existing Tattoo package or a fly/drive or touring package

While we were in Edinburgh we stayed in one of the city’s newest venues, the Hotel Missoni, which sits on the city’s famed Royal Mile. While you won’t want to recommend the Missoni to those VIPs who only feel comfortable at the Ritz-Carlton or Four Seasons, you will want to suggest it those clients who like a super-stylish lifestyle hotel with friendly, intuitive service and a location that puts them in the heart of it all during festival season and close to the city’s top attractions, including the castle. (Note: Throughout the hotel you’ll find the famous Missoni “zig-zag” print set against black-and-white design.) 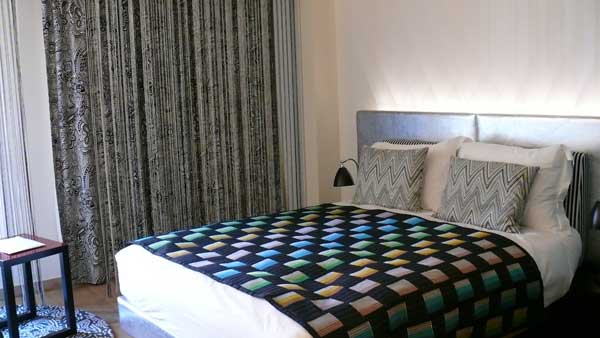 Guestroom at the Missoni Edinburg

The Lawnmarket Suite is at the top of the 300-year-old section of the building, overlooking the Royal Mile. The Rosa Suite is fun and comfortable, with a bank of windows overlooking views of Edinburgh’s Old Town and New Town and out to the Firth of Forth. The top digs are the 720-square-foot Suite D’Argento, which has panoramic views of the Old Town and the extinct volcano.

While Edinburgh has a wealth of culinary offerings, we suggest a meal at Missoni’s Cucina Missoni, which is already a hotspot among locals; specialties include some Missoni family favorites like Barolo & Castelmagno cheese risotto and baked sea bass with a salt crust. If your group has six or seven members, try to snag a booth (we recommend table No. 300) or consider the communal table, where you can actually mingle with 12 new friends. Guest Services Manager Janine Gelston (janine.gelston@hotelmissoni.com; 011-44-131-220-6666) can assist you with dining requests, chauffeur-driven cars or private tours of galleries. She has some pretty impressive feats to her name; she recently arranged a guest’s surprise engagement. She can also suggest some great shopping excursions, like Multrees Walk nearby, which we hear is becoming the Fifth Avenue of Edinburgh with shops such as Mulberry, Armani, Louis Vuitton and Harvey Nichols.
Missoni’s signature restaurant, Cucina Missoni, is already a local favorite.

Note: Be sure to book months out for the summer festival season.

While we of course had plenty of opportunity to sample some fine Scotch whisky in Edinburgh, as during a visit to The Scotch Whisky Experience, where one can really learn all you need to know during an in-depth, fully guided private whisky tour, we did venture out of the city to see what we could find.

Tip: A good website to check out if you’re planning an itinerary is www.scotlandwhisky.com, which gives vital details about the distilleries through Scotland. Visit Scotland is also an ideal source for all things Scottish.

Along the way, we stayed in several charming inns, all of which served up excellent hospitality and great dining, but we felt we’d found a true gem when we arrived at Rocpool Reserve Hotel & Restaurant in Inverness—where we felt as if we’d found a hotel whose rooms were of the caliber of those that could be found in Paris or New York. By that, we mean the décor was contemporary and fresh, with high-tech amenities such as high-speed Internet and flat-screen TVs. We found it to be a great launching point for a visit to Inverness Castle or High Street, or better yet, several distilleries, including Glen Ord, known as a “perilously drinkable” malt scotch that’s all together “sweet, malty and dry on the palate.” Visitors can get a full tour of the distillery on the edge of the Black Isle in the Highlands, 15 miles west of Inverness. Call 011-44-146-387-2004 for information.
Rocpool Reserve is a luxury setting in the thriving city of Inverness.

Glenmorangie might be a familiar name to scotch lovers; its distillery is 45 minutes north of Inverness in the town of Tain. Guided tours are also given of this venue, which is known for its large copper stills, the tallest in Scotland. For more information, call 01-44-186-289-2477. Another good day trip is a visit to Craigellachie, in the heart of “Whisky Country” to see the Speyside Cooperage, which is the only working cooperage in the U.K.

After a few drams of whisky at the distilleries, the Rocpool Reserve was the ideal enclave in which to recuperate. However, we found the hotel’s stylish “R Bar at Reserve” to be rather irresistible; indeed, it’s not just for guests, it’s considered a “destination bar” throughout Inverness, and that’s in a city that prides itself on its bar and restaurant scene. Another good thing? Acclaimed chef Albert Roux think Le Gavroche in London, to name but one fine establishment) opened Chez Roux here last April. Menus rotate with the season but we think the coq au vin with buttered noodles and tarte aux pommes would be swell any time of the year. Try to book a stay when Roux is giving cookery lessons; a true treat.

Rooms at Rocpool fall into a number of fun categories, such as Chic, Hip and Decadent. Not surprisingly, the Extra Decadent rooms are the top category, if only for their hot tubs on the balcony (book these months out in the summer and for the weekends). If you want a full suite, request Room No. 4. (Insider Secret: Room No. 5 has an outdoor balcony with views of River Ness. Since the hotel is at the city center, most of its other room views are limited.
The Talisker Distillery, on the Isle of Skye, is set on the shores of Loch Harport with dramatic views of the Cuillins.

Hotel management operates on an intimate basis, meaning the best email to reach most everyone is info@rocpool.com, including the reservations and concierge team (as well as General Manager Kerry Watson); all can also be reached at 011-44-146-324-0089.

Inverness airport is a 20-minute drive away; Glasgow and Edinburgh are both a three-hour drive.

Note: Inverness is a thriving city that’s compact and easy to get around. It’s a great place to purchase tartan to take home or to go out in the town at night. River Ness, the Ness Islands and the pink Inverness Castle are main attractions, not to be missed.

These are but a few of our favorite stops; when we returned from our Scotland sojourn we discovered we had a new favorite whisky, which is the single malt, Oban, whose distillery is in Oban itself, a stunning west coast tourist area, which is considered the seafood capital of Scotland. Note: If your client loves single malt scotch, send them to the Oban Distillery, whose in-depth tour turned out to be the most informative we went on while in Scotland. We sampled the clear, “raw” alcohol produced from fermenting barley, before it is aged in barrels, as well as some whisky aged for a few years in oak barrels. We also sipped all of the various finished products and experienced the wonderful result of these careful and patient processes. A visit to this distillery is a must (as is a return visit by this writer!).

If you’re sending a client, we suggest either researching or gifting them with Scotland and Its Whiskies: The Great Whiskies, the Distilleries and Their Landscapes by Michael Jackson and Single-Malt Whiskies of Scotland: For the Discriminating Imbiber by James F. Harris.

Both are available on Amazon.com. Of course, checking out the movie Brigadoon (portions of it can be viewed on YouTube), always gets you in the mood for a visit to this wonderful country.